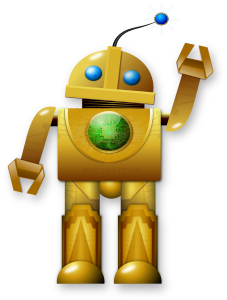 What follows was supposed to be a short write-up on my post Microsoft Build thoughts, but instead my thoughts got away from me. I still want to talk about Microsoft build and Facebook’s F8 conferences but that will have to happen in another post.

Instead of being a post-Build blog post, this post is about a trend I see happening in modern computing: the death of the operating system and the rise of a new platform layer. In order to explain that statement I’m going to try to explain what I think happened in the past and how it leads us to today. What I hope to show is the decline in power of the Operating System (OS) over time where I think we are headed.

Since this post started with a different focus and evolved into a totally different discussion the arguments contained are a tad short, but bear with me and I will try to expand on this further in the future. Or leave a comment taking me to task and I will try to answer you.

This is the mainframe, mini, and hobby PC era. I am going to leave this aside and focus on modern computing instead. I’ll start somewhere in the mid eighties when the personal computer began to assert it’s dominance within the enterprise and eventually at home: 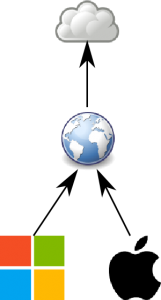 After the desktop era came the rise of the internet. This was the heyday of the “world wide web”, when the western world came online and companies like Yahoo, AltaVista, GeoCities, Netscape, and Google came to dominate the computing landscape3None of whom made an operating system and only one (Netscape) made a desktop app.

One of the things that was significant about the internet era was that dominated by a layer that sat on top of all operating systems equally. This meant that you could be on a Mac, a PC, or a Linux box 4And at the end of the era a smartphone and the layer that was the “web” remained largely the same, e.g. outside the control of the operating system and the company that dominated it. It also meant that aside from the web browser being used, users were spending less and less time in desktop apps.

During the rise of the internet the operating system lost it’s position of dominance, to the point where, for most consumers, using the computer meant starting up a browser and visiting Facebook, Gmail, or some other website. This era began the decline of the consumer desktop app and the rise of the free-to-use website.5Desktop apps remained important in the enterprise where software publishers continued to gouge businesses. Notice that the “software” (e.g. websites) that most people used online were free, or free and ad supported in contrast with the expensive applications in the previous era. 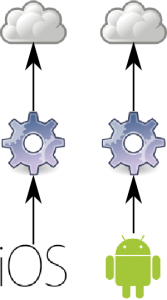 Next came the mobile era where we moved from desktop computers and the web browsers that ran on top of them, to smartphone operating systems and the apps they ran. This is the era where the entire world came online. In this era the internet moved from being the front end user experience layer to becoming the back-end that powered the smartphone apps that dominated computing. These apps, like the desktop apps of the past, were tightly bound to the mobile operating systems they were designed for. 6Apple’s iOS and Google’s Android.

On the desktop Apple was releasing new versions of OS X for $25 and then finally, with the release of Mavericks, OS X was free. On the Windows side Microsoft continued to charge for upgrades and new versions of Windows up until Windows 10, where they made the consumer upgrade to Windows 10 free for the first year. The days when sales of your operating system to consumers are a direct profit center are done. Linux, the other major desktop operating system, continued being free during this period.

The BOT Era or The Rise of The Mobile Platforms 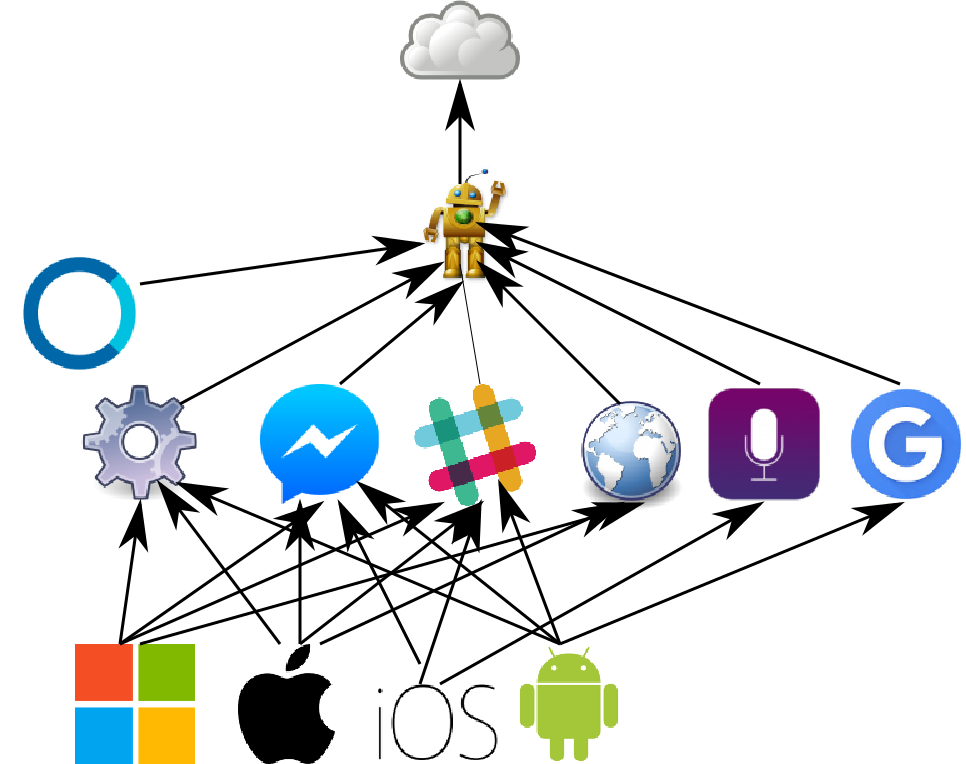 Now we appear to be on the verge or entering a new era. We are a few years away from virtual reality and augmented reality reaching their true potential, but something else appears to be happening. I think that a new platform is emerging on top of the most popular apps that sit on top of the most popular mobile operating systems. This new platform seems to be doing what the “world wide web” did within browsers on top of operating systems twenty years ago.

What commentators on the Internet 7Along with Microsoft at Build, Facebook at F8, and I would assume Google at the upcoming I/O are all talking about now are Bots. Bots are a layer of technology, or a platform, that will sit on top of the apps and operating systems that we use the most often. They will use natural language processing, deep learning, and the back-end connected cloud to be able to answer our questions, deliver us content, purchase products, and solve problems for us.

This is similar to the “world wide web” in that it is a platform that is sitting on top of another platform. In this case it won’t matter which messaging app, or digital assistant, you choose to use, you will be able to talk to the giphy, weather channel, FedEx, blood sugar, or whichever bots become the most popular.

To put it another way, you will be able to interact with this new “bot” layer in the same way whether you are in Facebook messenger, Skype, using Siri, Google Now, Cortana, or the Amazon Echo. The device, operating system, or app that sits at the bottom of the stack will no longer matter instead it will the be the platform that sits on the top that will rise in importance.

In conclusion I think that bots could be a very big deal, I think that the advances in natural language processing, artificial intelligence, and always-on mobile connections, have brought us to a point where a new interaction layer is possible.

The fact that SDKs are being developed and released means that small developers and companies will be able to populate this layer with bots that operate at a level of sophistication that was not possible at the largest organizations five years ago.

Letting this technology loose onto the billions of people uses the most popular apps and onto the developers eager to serve these new customers will lead to new interactions that we have not yet thought of. This is the bot as operating system and I for one am excited.