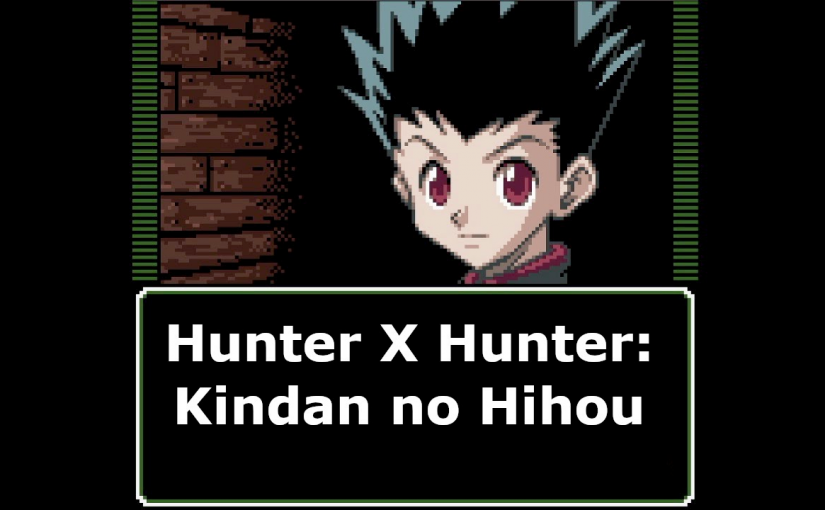 I’ve recently been playing Hunter x hunter: Kindan no Hihou on my YouTube channel. The game is an old Japanese game for the GameBoy color, and I’m using Google Translate in order to play the game.

The game is based on the popular Manga written by Yoshihiro Togashi, and was originally released in Japan in 2000. The game is very much in the Metroidvania style of games, with a large inter-connected series of levels and different weapons and armour that can be used by the character.

You start off the game as Gon_Freecss for the first two levels, and then you get to play as Killua Zoldyck, then Kurapika, and then everyone’s favourite Leorio Paradinight. As you progress through the levels you also encounter many of the other characters from the Manga and Anime, some of them help you out, while others are there for the long cutscenes.

What makes the game very difficult to play is that is is all in Japanese, a language that I don’t speak in any way shape or form. I compensate by using Google translate to try and understand what is happening in the game. The translations are often very poor but, so far at least, they have been good enough for me to progress through the game.

I’m not sure if the game is a good game or not, but I’m really enjoying playing it. It’s fun to try and understand what the plot of the game is as well as what the game is trying to get me to do, while at the same time playing the actual game, like I’m playing two games at once.

So if you are interested in Hunter x Hunter, or retro gaming take a second to checkout my Hunter x Hunter: Kindan no Hihou playlist on my YouTube channel.